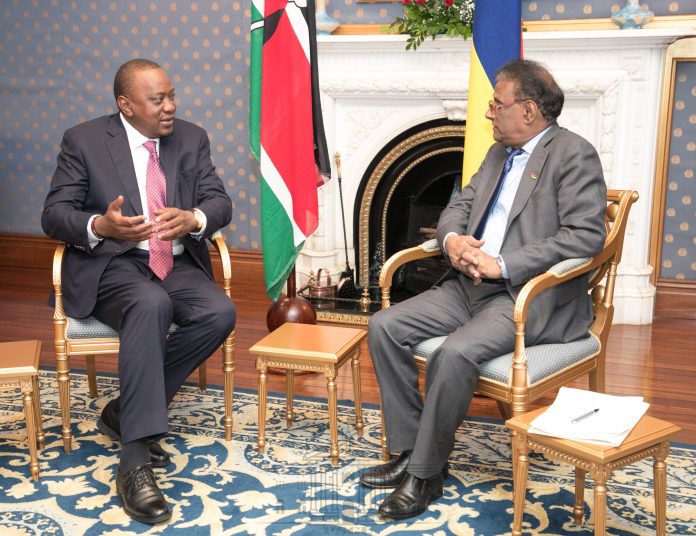 The government of Mauritius has lifted a ban on several Kenyan farm produce as the two countries signed agreements to enhance trade between them.
The ban on avocadoes, baby carrots, baby beans and broccoli was lifted during bilateral talks between President Uhuru Kenyatta and his host Prime Minister Pravind Jugnauth.
The move by Mauritius comes less than six months after the Chinese government opened its doors to the Kenya’s fresh produce.
President Kenyatta said the lifting of the ban by Mauritius will help improve Kenya’s export to the Indian Ocean Island country and is a major boost for horticultural farmers in the country especially women who are the majority in the sector.
During the bilateral talks, President Kenyatta and PM Jugnauth witnessed the signing of several agreements including the Double Taxation Avoidance Agreement (DTAA); an Investment Promotion and Protection Agreement (IPPA); and an MOU on Cooperation for the Development of Special Economic Zones (SEZs) and Export Processing Zone in Kenya.
Other agreements were an MOU in the field of Tourism; an MOU in the field of Higher Education and Scientific Research and an MOU in the field of Arts and Culture.
President Kenyatta said Kenya is bound to benefit immensely from the signed agreements and MOU’s as they would help the country achieve its development goals particularly in manufacturing and job creation.
“Both countries can benefit from the proximity of each other to foster closer cooperation across many areas. I welcome the conclusion and signing of agreements in six areas during this state visit,” the President said.
He pointed out that more bilateral engagements between Kenya and Mauritius will enhance existing cordial relations thereby increasing trade and investment opportunities.
The President said, several opportunities exist in trade and investment, financial services, agriculture, transport and communication, and in culture, education, tourism and research.
He expressed gratitude that the inaugural Session of the Joint Commission for Cooperation (JCC) which was held in August 2018, has helped the two countries to deepen and enhance the scope of bilateral engagements.
President Kenyatta pointed out that Kenya and Mauritius are well placed to collaborate in championing the development of the blue economy since both countries are littoral states with long coastlines. 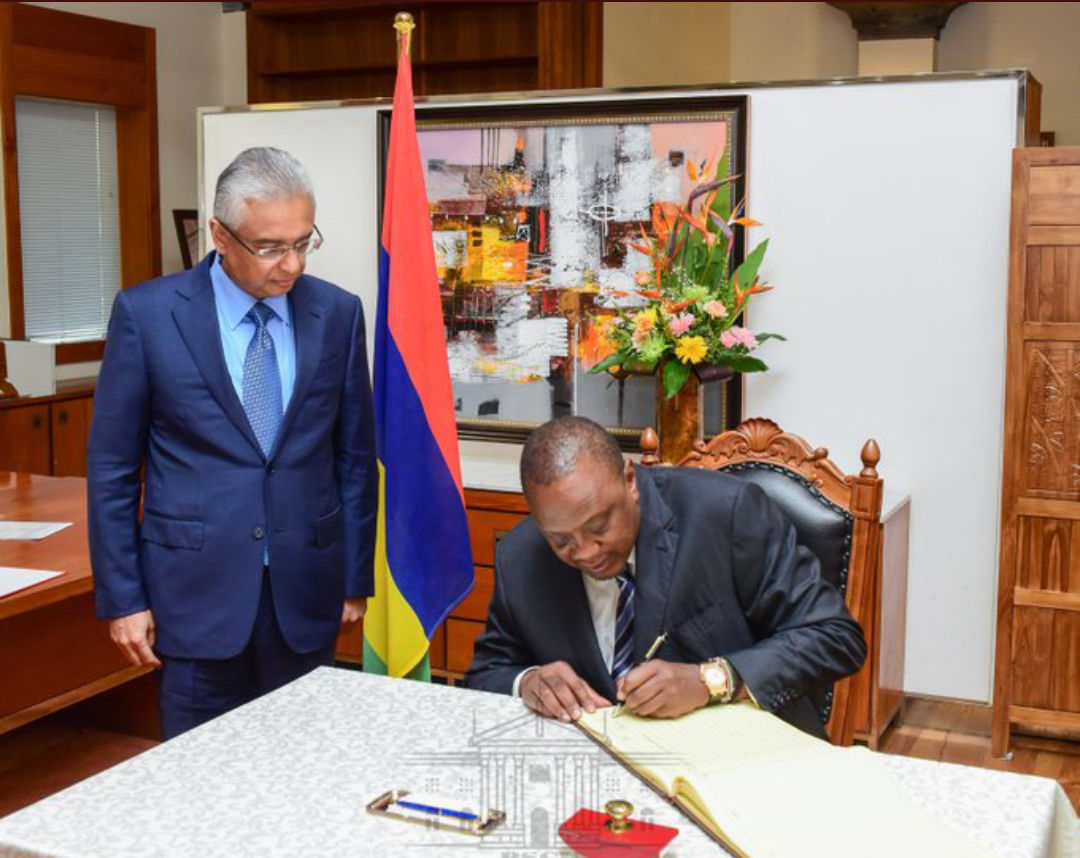 The Kenyan Head of State said there is need for the two countries to explore ways of enhancing cooperation in maritime transport by linking Port Louis to the Port of Mombasa as a catalyst for growing business and trade between Kenya and Mauritius.
“Kenya is making good progress in developing the Port of Lamu as part of the Lamu Port South Sudan Ethiopia Transport Corridor (LAPSSET) project, I look forward to Mauritius sharing in the dividends that will accrue from the transport infrastructure once it is complete,” President Kenyatta said.
He invited Mauritian investors to participate in the Special Economic Zones which the government has set up at the Port of Mombasa and within the Export Processing Zones.
The President said collaboration in this area will be enhanced through sharing of best practices and in the development of an integrated regional value chain in the textile sector.