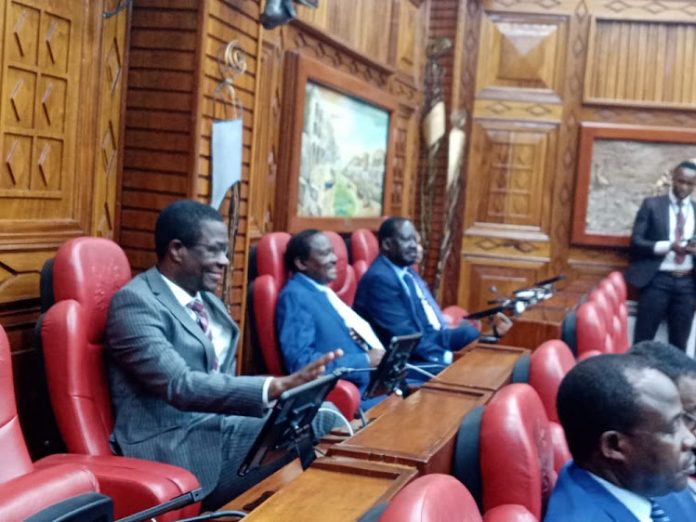 Azimio la Umoja One Kenya Coalition leaders Raila Odinga and Kalonzo Musyoka have attended the first sitting of the House Departmental Committee on Justice and Legal Affairs to hear petitions seeking the removal of four IEBC commissioners from office.

Raila attends the hearing after a botched press conference on Wednesday, November 23, where he was supposed to address the country on the petitions seeking the four’s removal.

Juliana Cherera, the IEBC’s deputy chairperson, and commissioners Francis Wanderi, Irene Masit, and Justus Nyang’aya are expected to defend themselves against the allegations.

Last week, National Assembly Speaker Moses Wetangula informed the House that petitions seeking the removal of the four from the electoral body had been received.

The committee has 14 days to conduct hearings and report to the House on whether the petitions meet the grounds for removal.

If the House rules that the petitions have merit, President Ruto will have to convene a tribunal to investigate the four commissioners’ actions and violations.

The JLAC is hearing petitions from the Republican Party and Dennis Ndwiga Nthumbi today.