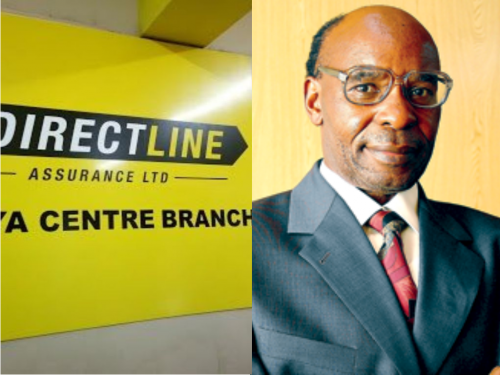 The death of John Gichia  Macharia in a  grissly road accident last year has come back to haunt Directline assurance Ltd as CITIZEN TV owner and shrewd businessman S.K. Macharia  attempts to take over the  firm hits turbulence waters.

According to court documents and reports  published in the Business Daily, Insurance Regulatory Authority(IRA) has  frozen attempts by Macharia  to take over the company on the basis of a complicated shareholding structure.

IRA has stood its ground and refused to be intimidated by the business moguel, who wants to take over the insurance as Executive Chairman on the strength of  the shareholding held by AKM Investments, Janus Limited and his family. The holding is shared at 48 per cent, 32 per cent and 20 per cent respectively.

Directline problems started after the death of Macharia’s son on Southern By pass two years ago.

The report further indicates that Machari’s plans to take control of the company kicked off on 19th August,2019 when he held a meeting with employees in the absence of the CEO.

It is not clear why the businessman chose to hide his shareholding interest to mask his interests in a company said to rake in billions in a year.