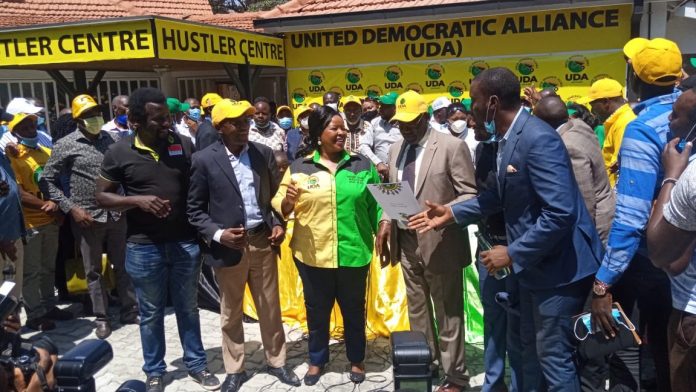 The United Democratic Alliance has officially begun its operations in a colourful event held at its offices. – By Gerald Gekara.

The UDA party, formerly known as Party for Reforms and Development (PDR) was given the nod to operate under its new name and simple by the Registrar of Political Parties Ann Nderitu.

Efforts to rename the party had hit an obstacle when one Mr. Khalid Njiraini wrote to the registrar, to block the name from being used.

The party is led by former Machakos Senator Johnstone Muthama. Owing to his hard stance against operations of the Jubilee party that seemed to be blocking Deputy President William Ruto from 2022, the DP is rumoured to vie for his candidature under the party.

The party has since picked Bishop Margaret Wanjiru as its candidate for the Nairobi gubernatorial seat. For Matungu, Alex Lanya has been given the leeway, while Evans Kakai is expected to be picked to fly the new party’s ticket for the Kabuchai Constituency.