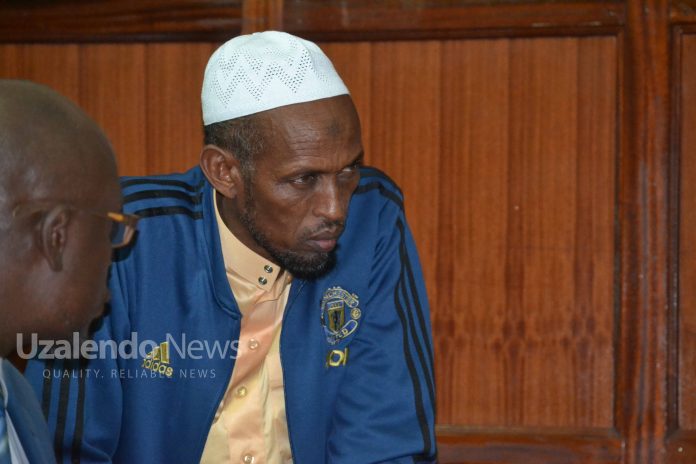 BY PRUDENCE WANZA – One more person has been charged in court for facilitating the commission of the Dusit D2 terror attack by sending money.
The accused, Mohammed Abdi Ali, on diverse dates is alleged to have send Ksh. 907,400 to Ali Saline Gichunge alias Eric Kinyanjui Munyi who was the main suspect and was killed during the attack.
The prosecution made an application in court for the accused person not to be released on bond or bail as this is a matter of national security and safety of the country and the offense committed is a serious one.

According to the prosecution led by Harrison Kiarie, the accused was arrested on the 19th of May at the Kenya-Somalia boarder by Anti-Terror Police Unit Officers in Mandera where he was working as a money exchanger.
He is alleged to have used his two mobile numbers, 0720776*** and 0723049*** to send money to Ali Salim Gichunge which was used to fund the Dusit D2 terror attack on the 15th and 16th of January, 2019.
Further, sometimes back in 2018, between 31st January and 13th February he is alleged to have sent money to an accused person facing terror charges in court. The prosecution also raised questions on why the accused person only stopped sending money to Salim Gichunge 3 days before the attack.

According to his lawyer Mr. Chacha, the prosecution did not bring out compelling reasons in the affidavit to deny the accused person bail. He further added that the accused person at the time of arrest was a money exchanger at Mandera. “Seriousness of the crime is not a stand alone ground to deny someone bail but a fact that can be used in putting strong bond term, ” he said.
The accused person appeared before Senior Resident Magistrate, Paul Mayova at the Milimani Law Courts.
So far over 120 arrests have been made in the course of investigations in relation to the Dusit D2 terror attack and 16 people have been charged in court pending trial.