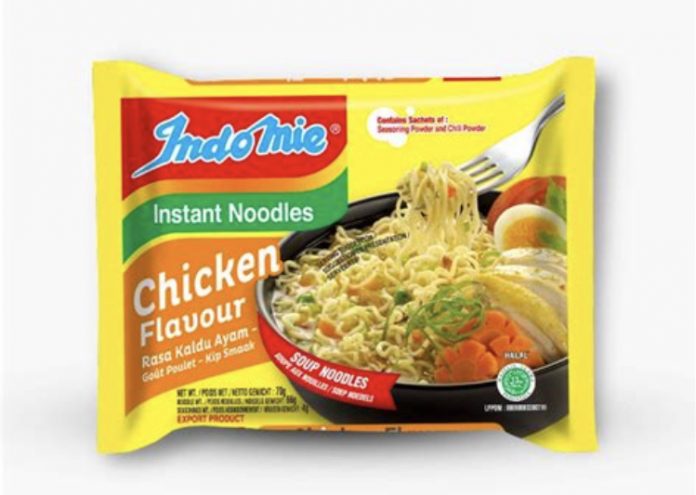 The Kenya Bureau of Standards (KEBS) says there is no cause for alarm regarding the instant noodles under the label Indomie that have so far been banned in Rwanda and Egypt among other countries.

KEBS insists that there is no connection between the products recalled in Egypt and the ones in Kenya.

Speaking to Citizen TV, KEBS Managing Director, Lt Col (Rtd) Bernard Njiraini indicated that preliminary tests carried out on the samples showed that they had no indication of any poisonous substances that would endanger Kenyans health.

He also stated that the aflatoxins were not above the regulatory limit, indicating that it was safe for human consumption.

Njiraini added that no Indomie products were imported into Kenya from Egypt, the first country to raise the alarm. The products are made locally, and the manufacturer acquired the right to use the trademark.

“We did not import any product from Egypt. However, we have a local manufacturer of Indomie instant noodles. The trademark could be a franchise but the company producing this material is sourcing the material from locals while importing some of the ingredients,” Njiraini told Citizen TV.

According to KEBS’s Head of Testing Division, Tom Oduor, the regulator obtained 94 instant noodles samples from its market surveillance teams, and at the moment, the test requests were on two, namely pesticide residues and aflatoxins.

“However, for pesticides, the tests will take slightly longer…because we’re taking about 4 hours to get one sample ready. And when we talk of pesticide residues, we’re not talking of one, it is a very big population of around 80 pesticides being done in one sample,” he clarified.

The safety tests on the instant noodles were prompted after Egypt’s Food and Safety Authority (FSA) recalled the product’s chicken, chili, and vegetable flavors, citing excess amounts of aflatoxins and pesticide residues.

The Common Market for East and Southern Africa (COMESA) Competition Commission also raised alarm that similar products are being imported and marketed in the other member States which include Kenya.

Despite importing the products from Kenya, Rwanda immediately banned them in response to a COMESA Competition Commission warning.

According to the World Health Organization (WHO), when people come into contact with large amounts of pesticides, they can suffer from acute poisoning or long-term health effects such as cancer and adverse reproductive effects.

KEBS however added that they would be forced to withdraw the product from the market if the worst-case scenario arises.