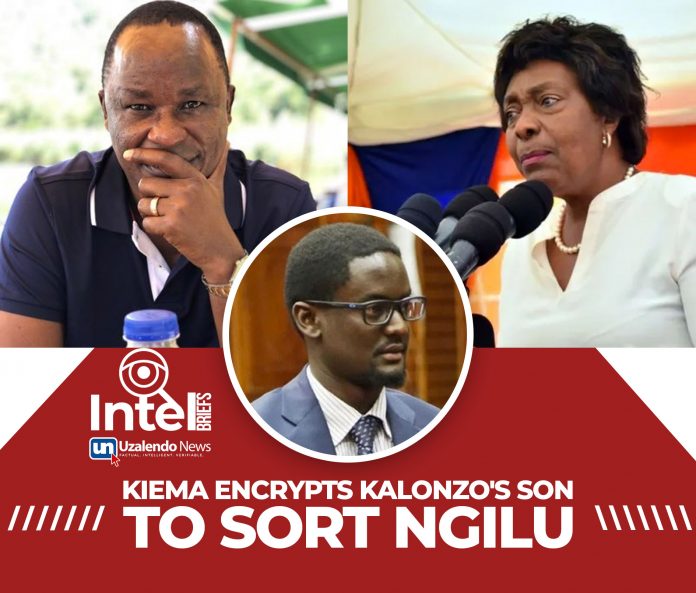 Written and Compiled by The Intel Briefs | |

Ambassador Kiema Kalonzo wants to be Governor of Kitui. He has enlisted the support of the Kalonzo Musyoka family.

One a lawyer and EALA Mp Kennedy Musyoka. He hopes to be the younger Musyoka will be his running mate.

With the dream ticket, he hopes to collect the Mwingi Votes and lockout David Musila

David Musila has enlisted a close friend of Ngilu, Jane Kibati as his running mate.

He hopes to defeat Ngilu in the larger Kitui. Dr Malombe, recently bereaved, is yet to identify a running mate.

Things are the elephant.

The MCAs demanded that Waita must join Wiper Democratic Party and strengthen the party.

The former Safaricom Director is credited with the successful privatisation of the telco giant.
The majority of the MCAs who endorsed Waita are from the Wiper Party.

Waita is also being primed as the CS Internal Security or head of Civil Service in the Azimio Raila Odinga Government.

Should he run, he will surely give Wavinya Ndeti and Speaker Florence Mwangangi a run for their money.

In Makueni, Kibwezi West MP Dr Patrick Musimba will battle it out with Mutula Kilonzo Junior to replace the vacated Makueni seat.

Musimba, a grassroots mobiliser will square out with Professor Kaloki, a neighbour at Kibwezi. They may split the votes and give Junior an advantage.