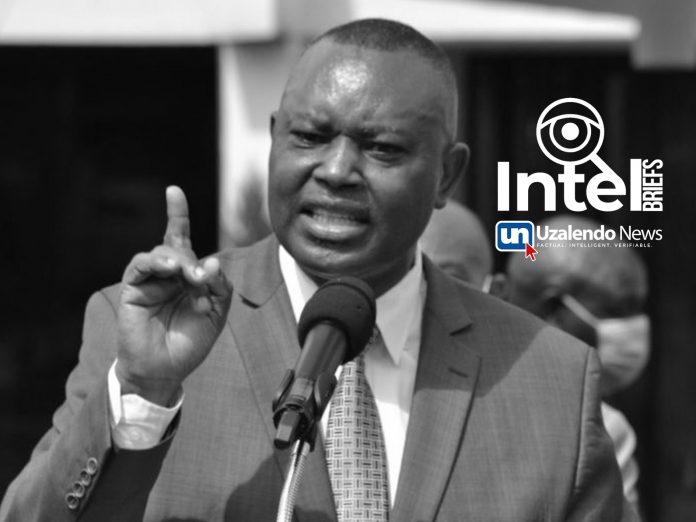 George Maingi Kinoti is being chased around like a rabbit.

Has his orbit finally come or is he a victim of the power play between the Judiciary and the executive?

In reality, he reports to the epicentre of the Executive, and the cartels that control the world of crime.

The two arms of government have been at it for the better part of President Uhuru’s term in office.

Alot of orders issued by the executive have been squashed by the judiciary sending signals that the two arms of government are at war.

Kinoti could be collateral to the crumbling relations.

DCI Kinoti once had a crime bursting partner. They rode the same vehicles, shares calibre and gun makes…trained together…only parting on Fridays…Kinoti to attend Holy Mass and Noordin Hajj to go to the Mosque for prayers.

Then they parted ways…or were divided by the deep state.

Where are Azimio Raila and Hustler Ruto running mates? Why is the duo running in circles?

Must they be held to ransom by Kalonzo and GEMA?

Why can’t the youth now gang up and retire the current crop of leaders? Because they are clueless, rudderless…floating political idiots.

Who will save Kenyan voters against themselves?

What if Hustler Ruto decides to endorse Azimio Raila for the Presidency? And then demands to be Prime minister performing the current Matiangi or Joe Mucheru?

Then plan for 2022? Will we then have a presidential ballot? Or will this give Wiper Kalonzo and ANC Mudavadi an opportunity to curve out formidable tickets?

This is what the 50 professors in the hustler camp are mulling…they are comforted by the fact that DP Ruto is way below the age of Azimio…and still has 2027 and 2032. Politics is unforgiving…

More than 30 governors are off to the political sewer.

After their mandatory two terms, they CANT be elected. And no one will elect them Governors.

Non is presidential material. They have collected a few dollars from contractors…but that’s it. Careers lost. Nothing to write home about. Among them is Hassan Joho, Dr. Alfred Mutua, Wycliffe Oparanya, Amazon Kingi, James Ongwae, Kivutha Kibwana…