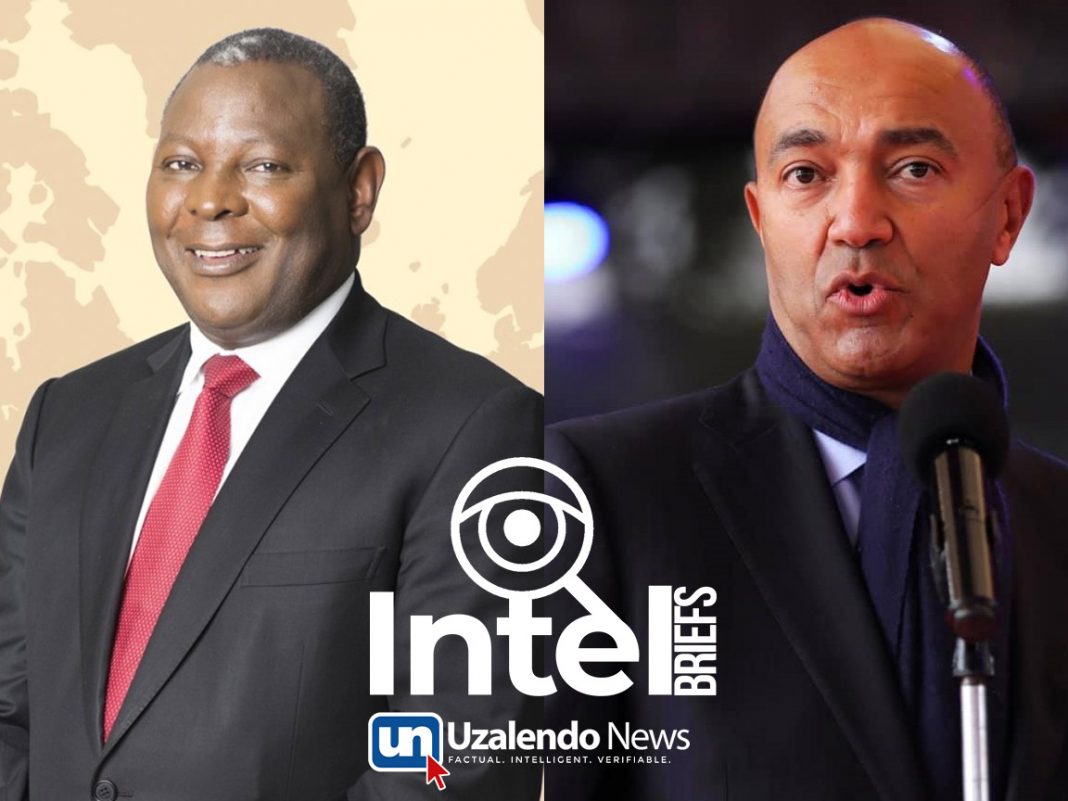 Azimio Raila was in the caves of Mt Kenya looking for a running mate.

The ODM political kingpin will face off with Hustler Ruto in 2022.

Raila has settled to the GEMA ‘mzungu’, Peter Kenneth.

Wiper leader Kalonzo is Raila’s Speaker while Musalia Mudavadi is the leader of the Majority. Wetangula will fly the Deputy Spraker flag and chair of the powerful Parliamentary Committee.

Joho will be the CS Transport and Infrastructure while Ngilu will be in charge of Environment and Natural resources. Game on!

Uhuru Kenyatta is truly an enigma. While Kenya sleeps, the head of State is awake, inspecting projects.

He has toured projects sights under the cover of darkness, unannounced and in armoured vehicles.

He was once spotted inspecting the Express Way project at 5 am and the NMS projects at 2 am.

By the time his sleepy CS’s get to know about it, he is back at his desk in State House.

So by the time they give him half baked briefs, he is feigning interest only to heartily laugh after the characters ease.

The President has spared wheelbarrow ministers the sack to avoid popularising their captain and jilted partner William Ruto.

He is borrowing from the Kenneth Matiba blunder. Old Moi sacked the man and made him a cult hero.

Now that Ruto ministers are mainly Rift Valley operatives, sacking them will rally the community together like glue and create an impregnable bond among the KAMATUSA.

Why is the Kamba vote no longer important?

Because the community is deeply divided and will be used to slip the votes and mutilate its power.

The wheelbarrow and Azimio teams want only 200,000 votes from Kambas. So they will pretend to spend time there and hoodwink the community.

The Somali vote is more critical.

Kambas have bewitched themselves out of leadership