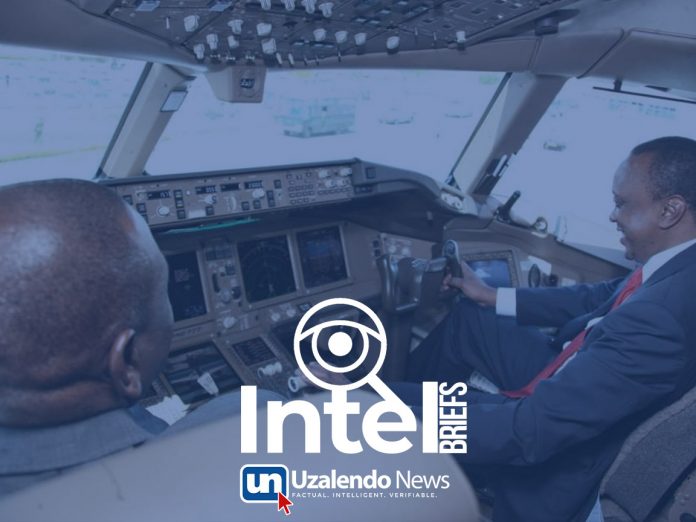 The US, UK, Ethiopia and now South Africa within the last 45 days?

His predecessors Mwai Kibaki and President Moi did the same in 2001 and 2012.

The President is laying the foundation for his retirement….solidifying bilateral interests for the long haul after he vacates office.

Remember from August 2022, a constitutional office known as the Office of President Uhuru Kenyatta will be established.

He, therefore, is therefore tarmacking the contacts he will engage while in Presidential retirement…

DP Ruto is an ambitious man. His faith can move the Rift Valley to Ukambani…literally.

On Monday, he called a mini cabinet-devolution meeting to discuss development.

Was he testing waters? Was it a publicity stunt? Was he playing the victim? The Sugoi man easily charms chicken. …but 2022 chickens are proving hard to gather.

So Jubilee has suspended its decision to kick out Ruto?

Did President Kenyatta freak? Is Azimio Raila no longer interested in ruffling feathers? Did the Church veto the move?

Now that the NDC nears, something must give.

Is Justice Chitembwe a jinxed man? Whatever he touches goes asunder.

Sex for a favourable ruling.

The lion of Mijikenda is under siege.

And this time, there will be no miracles at the den…because JSC appears set to consume him to save face.