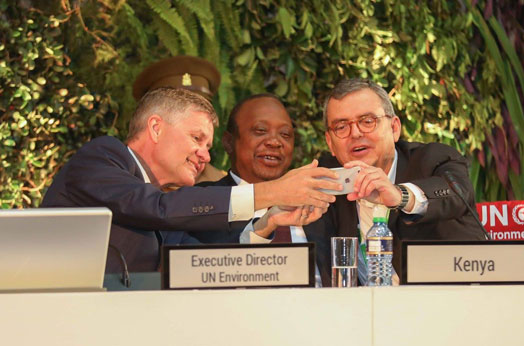 Kenya has celebrated yet another win to be nominated in the United Nations Security Council, after an intensive campaign by Uhuru Kenyatta.

Kenya garnered 37 votes to win over Djibouti’s 13 votes in a second round of voting that was held in Adis Ababa, Ethiopia, by the African Union.

Kenya’s President Uhuru Kenyatta, who has been on a diplomatic schedule to visit its allies and other states, managed to win the support of 57 nations inorder to secure an endorsement.

But its not all fanfare yet as Kenya now faces an uphill task to having to sway two-thirds of UN member states when the election is held in New York next year in June. Given that Kenya has an ongoing case at the ICC over maritime border dispute with Somalia.

Kenya also had a proposal to have the outlawed Al-Shabaab militia be labelled as a terrorist orgsmization, a move which USA disagree on.