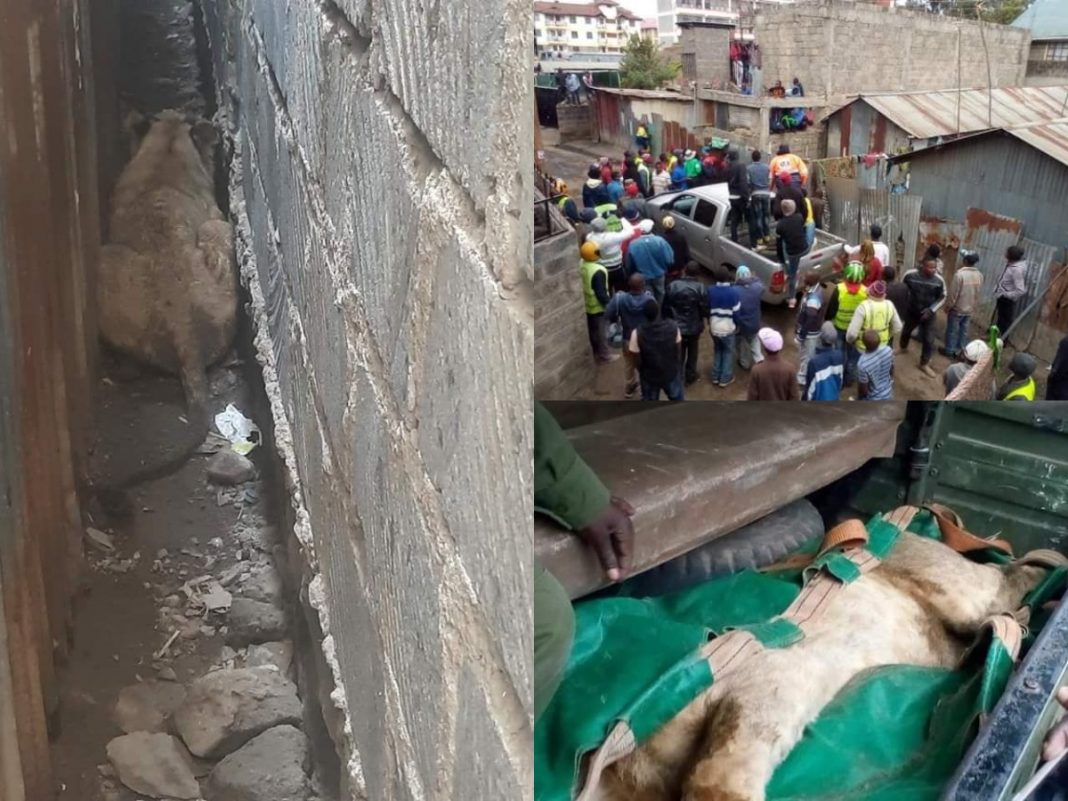 KWS has reported that a lioness that wandered outside the Nairobi National Park has been evacuated to safety.

The large cat was discovered hiding between the walls of an apartment near Tuskys in Ongata Rongai.

Officers from the KWS and the police had a hard time chasing down a crowd hoping to catch a glimpse of the lioness.

KWS is yet to confirm when the lioness escaped from the 117-square-kilometer park.

Ongata Rongai is one of the busy city estates bordering the peculiar park.

However, residents have called for the construction of an electric fence and monitor the wildlife which often cross into the town.

The huge cats’ escape occurs at a time when KWS top management is preparing a makeover for the park.

Habitat loss and fragmentation in dispersing regions, a decline in wildlife population, poaching, human-wildlife conflicts, foreign and invasive species, pollution, mining, and quarries are among the top 12 concerns facing the park.

Climate change, low park visitor numbers, growing urbanization, settlement threats on the sheep and goat ranch, and infrastructure development are among the others.