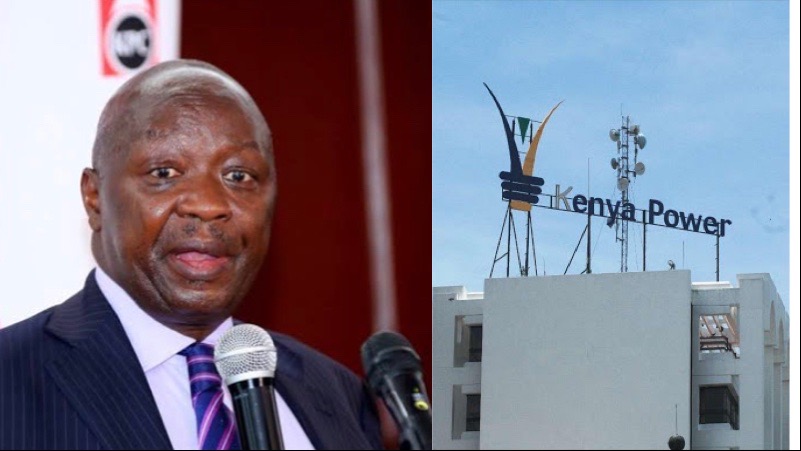 Is Dr. Joseph Njoroge, the sacked Energy PS about to pay for the sins of his surrogate father?

This is the question facing the career scion of disgraced former KPLC MD Samuel Gichuru.

For starters, Njoroge was initiated into high-level commercial wheeler-dealing by Gichuru.

It was Gichuru who recruited the young electrical engineer and mentored him to management. And wheeler-dealing. Whichever came first.

Those versed with energy sector operations say Njoroge is as shrewd.

During the Gichuru regime, Njoroge and former KETRACO MD Kiilu were the spanner boys.

They crafted the Independent Power Producers (IPP) contracts that blew up the cost of electricity beyond the common man but tidied up their bank accounts in the process.

During President Mwai Kibaki reign, Njoroge was the route to lucrative appointments in the energy sector parastatals such as KETRACO, Geothermal Distribution Company, Kenya Rural Electricity Company, and even Pipeline.

He retained this well into the UhuRuto first time. Until the chicken became the dinner menu.

So powerful and shadowy was Njoroge, that he influenced the appointment of CSs to the Ministry of Energy.

Board appointments to these parastatals were clearly a low-hanging fruit to him.

For this patronage, the appointees ensured that the graft status quo remained unbroken.

The cord to the bank accounts for IPPS remained intact.

Now the wave has been burst. Njoroge has to pay for the sins of the Father. Literally.

When he outgrew the utility power firm, Njoroge was promoted to the position of PS in the Ministry.

This again was the icing on his profession and wheeler-dealing career.

Njoroge is being pursued like a chicken thief over the plunder of KPLC billions. By the same clique that protected him.

Never mind Njoroge coined the famous advocacy Kiswahili message: Mulika Mwizi. He is now in the spotlight as one of the potential thieves who has disabled Kenya Power.

The Mulika Mwinzi campaign was fingered to deter thieves from siphoning off transmitter oil.

25 years later, the catchy slogan has come back to haunt him.

Not only is he being investigated for the loss of KPLC billions, but he will soon write statements of abuse of office at the utility power giant.

Why?
KPLC has become synonymous with graft. Samuel Gichuru, its infamous MD and graft suspect is fighting extradition orders to fac graft in the UK.

His crime partners in New Jersey have already pleaded guilty to the offense.

In Kenya, he was never charged with any offense.

But his name is synonymous with the underhand dealings that have milked the power giant.

From the importation of generators to power purchase agreements from independent producers, to draining of Masinga, Kindaruma and other dams…KPLC has seen it all.

CSs who worked with Njoroge

He was a close associate of Njoroge and was actively advised by the latter.

Now the Meru Governor…and not essentially a poor man.

It was during his tenure that Njoroge finally filled the shoes of Samuel Gichuru. And exorcised the remaining ghosts of Gichuru and the Moi regime.

The first Uhuruto Energy Minister relied heavily on Njoroge to get his way around the high voltage energy Ministry.
Become a key ally.

Two years into the job, he was electrocuted by the Njoroge network and send packing out of the Ministry.

Survivor of the former Kenya Posts and Telecommunications gravy train. He was a Moi-era wheeler-dealer and telco fixer before he joined politics.

Then he quit politics to take over the energy sector.

With Njoroge at the helm, it was business as usual.

They formed a lethal partnership that saw the growth of the Energy sector. And with it, KPTC lost some tidy sums of money.

He still remains in Government. Courtesy of the political expediency that is the Kenyan way of life