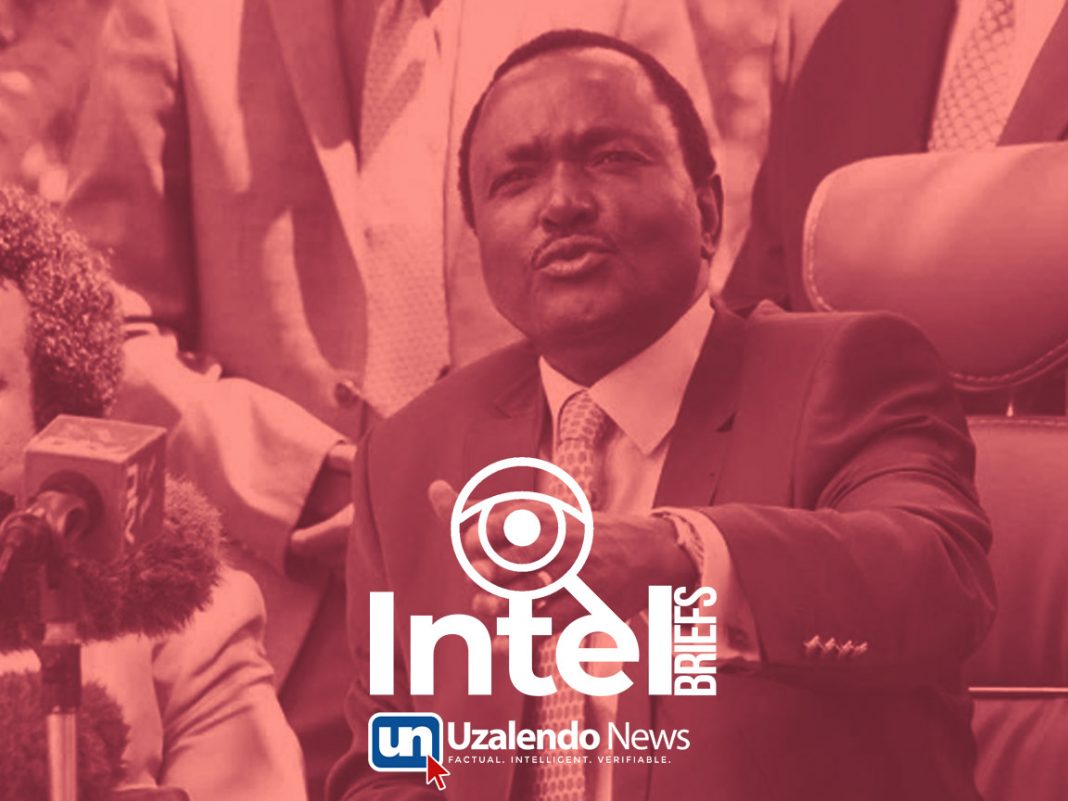 But he has been in the opposition since 2013 and time, relevance is running out.

He is being held hostage by Kamba politicians seeking other elective posts….they want to hide under the Kalonzo presidential bus to retain their seats as MPS, Senators MCAs.

There is no way to State House for Kalonzo unless he secures the backing of OKA…so Thursday, the man from Tseikuru must bite the bullet.

There is a growing feeling in Ukambani that some politicians in Ukambani have become political terrorists and are threatening Kalonzo with imaginary bombs.

Politicians On Mission To Appease Professors

University dons and witchdoctors demand in Kenya has increased tenfold.

The professors are chairing strategy meetings from morning to evening, giving Presidential candidates the edge.

Azimio Raila has 10 professors at his beckon and call. And one “logistics” man whose duties are not defined.

Hustler Ruto has 7 professors residing at his official residence…and another 5 logistics quasi-religious men and women.

It is these consultants who are feared to be eating government ration meant for the security team and other formal GoK workers.

Kalonzo Musyoka has 3 professors and 2 lethal logistics men. One is based in Mwingi and the other in Karen.

Musalia Mudavadi has 2. He relies on his Friends Church background for religious and logistics support.